Originally, my goal was to write a blog weekly, but it is not realistic for two reasons. First, I want this blog to be meaningful. I do not want to write to just to write. This became evident as I sat in front of my computer trying to force something out. Second, I have a demanding schedule and finding time weekly is a lot. So my new commitment is to blog at least once a month and any over is just extra.

So for February I want to focus on communicating with your child. From the #MeToo Movement to the Florida school shooting, children are being exposed to a lot via the media. First and foremost, as a parent you first have to use active listening. Most people listen long enough to react instead of waiting to hear the person out, and then form a response. This also means not engaging in another activity while they are talking. And using nonverbal signals to show that you are engaged in what they are saying.

Second, reflect back what they stated to make sure that you got a clear understanding of what they are trying to say. This gives your child an opportunity to correct any wrong perception prior to you potentially making a quick judgment.

Third, ask questions for clarification and shows that you really were paying attention. Not to mention it gives clarification, point two.

Fourth, give them the reasons behind your answer. I grew up in the era of “Because I said so!” Children will accept a negative response better if they first are heard, and second they can have some type of understanding of your reasoning.

Fifth, do not ignore their questions just because you are uncomfortable with the topic. You would rather your child get answers from you then from their friends or the internet. You are also able to control what they learn first. If you need advice on how to approach the topic, schedule a later time to talk and then research.

And sixth, if you find that your child needs more assistance understanding the subject, seek out a professional to help. There have been a number of times I see a client who states they have been asking for therapy for months/years. No child is going to ask for therapy just for fun.

I hope these suggestions are helpful for you talking with your children. Feel free to ask any questions.

So yesterday I had a photo shoot to update all of my pictures. As my lovely stylist was doing my hair and make-up, we were watching YouTube videos. We watched several videos about the dissatisfaction with the Tarte Shape Tape Foundation launch because of the lack of inclusion to people of color. As I sat watching video after video of bloggers who all had the same reaction and who did not find that any of the 3-4 colors to match their skin (and yes there where women of various shades), it felt like the cosmetics industry took a step back. All of the women spoke of how they loved Tarte products and how excited they were for the launch. You would think with as much anticipation that was out the company would have made sure that the line was inclusive.

Now after turning off the capabilities of people to make comments, Tarte issued a statement that they will release 10 new shades to cover the gap. Why must we continue to be a reactive society? Instead of being proactive and considering all possibilities, our society continues the trend of trying to “make up” for some type of injustice. I am not saying that companies and people will not make mistakes, but there is a pattern that only when confronted do companies and people decide to release more colors, or go get help, or donate the money to charity. How about we challenge ourselves to consider the possibilities and consequences before we do something?

I salute and stand with the women and men who have made the choice to hold Tarte accountable by speaking out against them and demanding they address this issue. 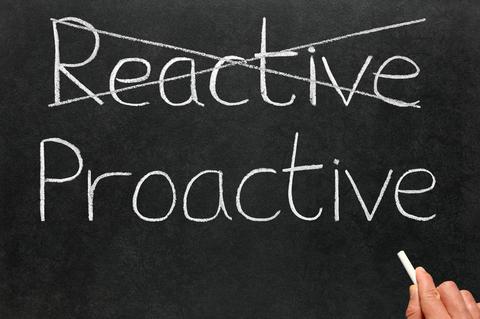